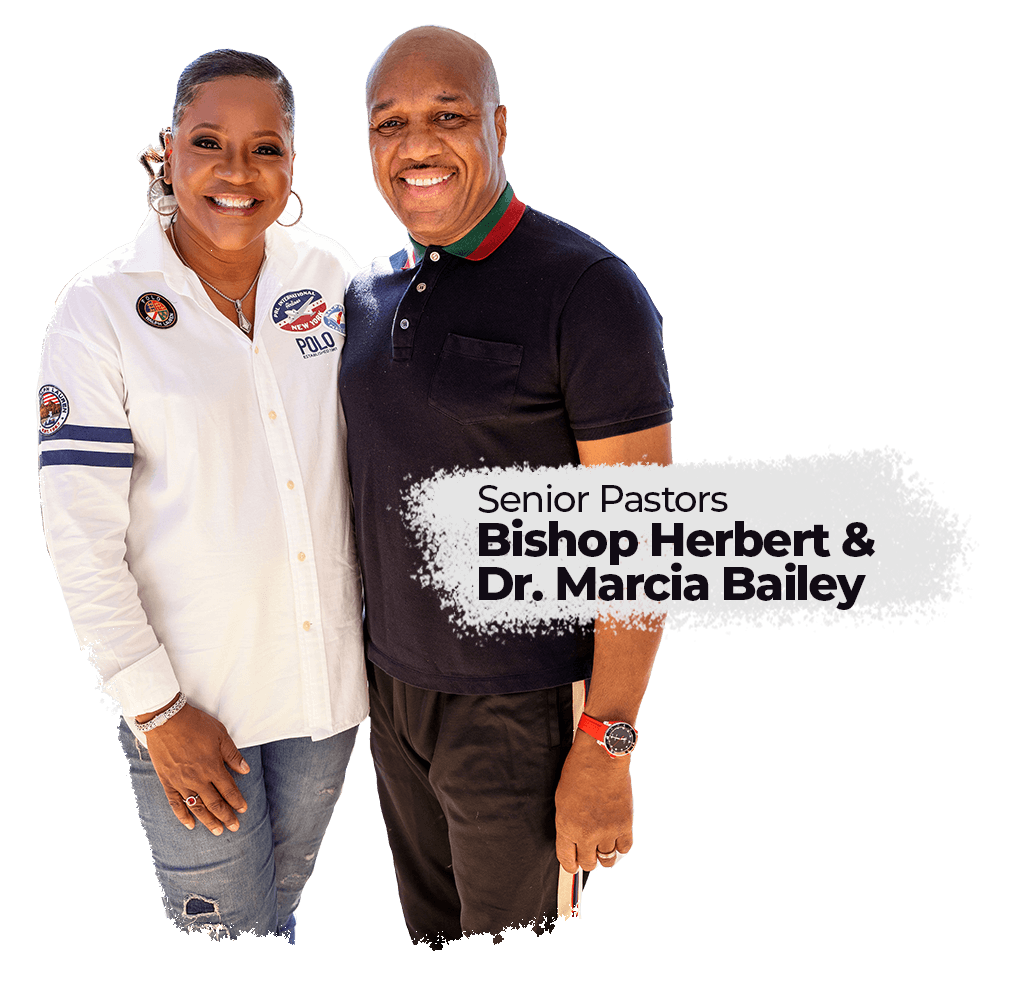 After earning his undergraduate degree in Sociology from Upsala College in NJ and pursuing a Masters in Public Administration at Rutgers University, Bishop Herbert Bailey married Marcia (Antoine) Bailey, who was a student at Seton Hall University in South Orange, NJ., pursuing her undergraduate degree in
Elementary & Special Education. In 1986, one year after their marriage, the Baileys relocated to Portland, ME. While in Maine, from 1986-1992, where three of their four children were born, Bishop Herbert became Assistant Pastor of the Williams Temple C.O.G.I.C. in Portland, ME and founded the Maine Mass Choir, as well as the Maine Association of Black Professionals, (MABP), a non-profit community service organization.

After laboring both in ministry and in the community for six years in Maine, in 1992, the Lord directed our Pastors to move to Tulsa, OK where they initially became members of Rhema Bible Church. Later that year, they joined the staff of Sanctuary Evangelistic Church in Tulsa, OK. From 1992-1995, Pastors
Bailey served as Assistant Pastors and teachers. In addition, Pastor Marcia served as Christian Education Director. For three additional years, they would be further mentored by Pastors Milford & Evelyn Carter in final preparation for the work of pastoral ministry.

In 1995, the Lord instructed our pastors to relocate to SC to establish Right Direction. Now, in more than 22 years of ministry, RDCI is “transforming lives and impacting generations” through weekly services, television and radio broadcasts and worldwide streaming.